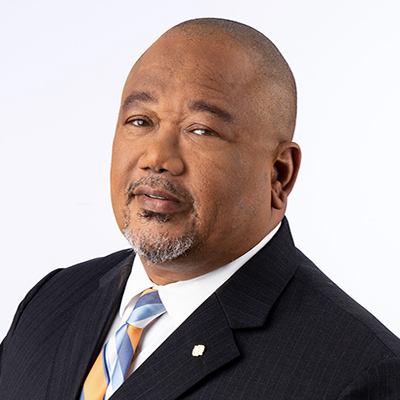 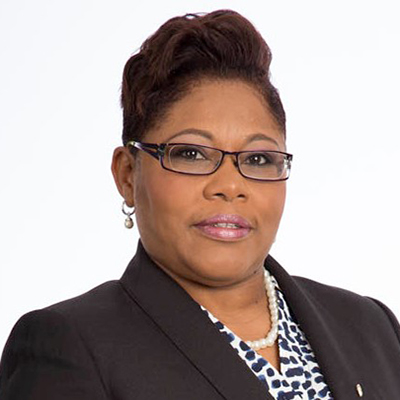 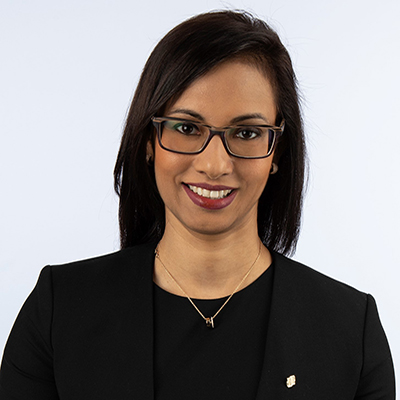 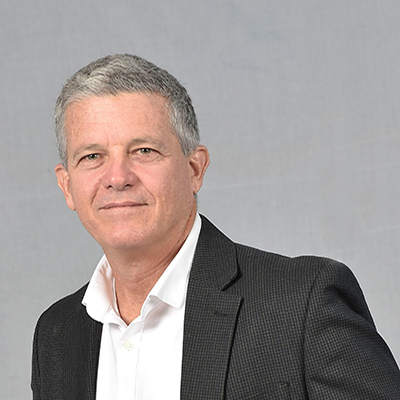 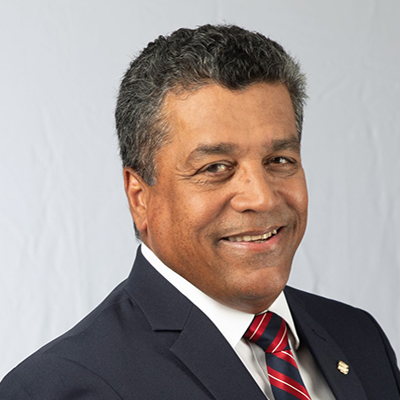 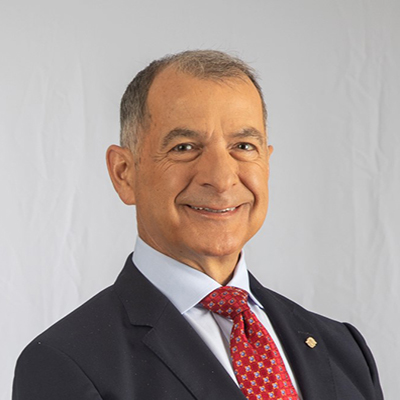 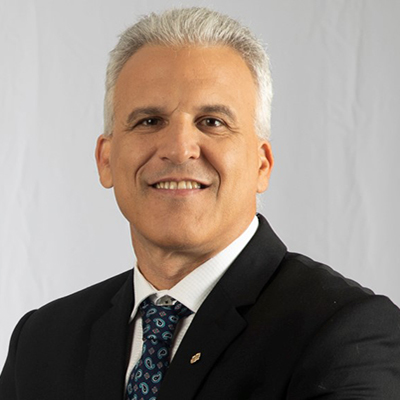 Karl Nassief was appointed to the Board of Directors Republic Bank (EC) Limited on November 2019. Mr. Nassief is an experienced business leader who brings to bear considerable expertise in a wide range of fields, including Automotive, Retail, Distribution, Energy, Logistics, and World Class Operations. He currently operates several business units based in Dominica, St. Lucia, and St. Maarten.
Mr. Nassief is the Managing Director of Fine Foods Inc., franchise holder for KFC and Save-A-Lot Supermarket. He is also the Managing Director of Auto Trade Limited, a prominent Dominica-based auto dealership offering diverse automotive services to include a car rental agency, and EMS Ltd., a renewable energy company offering a diverse range of sustainable energy saving solutions.
Mr. Nassief also heads the operation of Real Foods Inc., a St. Lucia-based business specialising in restaurants. In St. Maarten he operates Car dealerships on both the Dutch and French side.
Mr. Nassief holds a BA. in Economics from the University of Western Ontario. Prior to entering the business field, Mr. Nassief worked as a pilot for LIAT for three and a half years.

Ian De Souza was appointed to the Board of Directors Republic Bank (EC) Limited in November 2019. Mr. De Souza has more than 35 years of experience within in the financial industry. In that time, he has amassed significant expertise in Corporate Banking, having held senior positions in Corporate Credit, Trade Finance and Credit Risk Management.
Prior to his current role as Financial Advisor, Mr. De Souza served as Managing Director and CEO of Republic Bank (Barbados) Limited and as President of Republic Bank (DR) S.A. in the Dominican Republic. He has also served as an Executive Director within the Republic Bank Group.
Mr. De Souza holds a BSc. Degree in Economics, a Post-Graduate Diploma in Management and an Executive MBA from the University of the West Indies. He is a Chartered Professional Accountant and a Certified Insolvency and Restructuring Advisor. He is also certified in Forensic Accounting and Fraud Examination by Southern New Hampshire University and he is a graduate of the Harvard Business School, Advanced Management Program. He is licensed as a Trustee in Insolvency by the Ministry of Finance of the Government of Trinidad & Tobago.
Mr. De Souza is Principal Advisor of the firm Advice Financial Company Limited.

Pasquale Minicucci was appointed to the Board of Directors of Republic Bank (EC) Limited on November 2019. Mr. Minicucci has more than 3 decades of experience in the financial and banking sectors spanning Canada, the Caribbean, and parts of Central America.
Currently, he leads Minicucci Coaching & Consulting, providing executive coaching and advisory services to senior executives, emerging leaders, and businesses.
Prior to his coaching and consulting practice, he has held a variety of senior executive positions with major Canadian Banks including the National Bank of Canada where he served as Senior Vice President & Regional Head for Personal & Commercial Banking for the Central, Western & Atlantic regions.
At Scotiabank, he served as Senior Vice-President, International Banking for the Caribbean & Central America; Senior Vice-President – Greater Toronto Region, Personal and Small and Medium-sized Enterprises Banking; Senior Vice President & Regional Head, Quebec & Eastern Ontario; and Vice President, Toronto East.
Mr. Minicucci holds a B.Comm with a major in Marketing from McGill University, Montreal Canada, is a Fellow of the Institute of the Canadian Bankers Association, and is a graduate of the Advanced Management Program (AMP) from Harvard Business School, Harvard University. He is also a certified corporate director obtaining his ICD designation from the Institute of Corporate Directors of Canada.
He was awarded the Queen Elizabeth’s Diamond Jubilee Medal for his service to the communities of Greater Montreal and Greater Toronto over the years.

Mr. Minicucci is currently on the board of Villa Charities in Toronto, Canada and chairs the Strategic Planning Committee and is a member of several other committees of the board. His past board service includes National Bank Securities, Scotiabank Trinidad & Tobago Ltd., Scotiabank Bahamas Ltd, The Bank of Nova Scotia Jamaica Ltd., and Maduro & Curiel’s Bank, NV, Dutch Antilles. He was also a trustee and member of the Executive Committee of Caribbean & Central American Action (CCAA) based in Washington DC

Gerard Bergasse was appointed to the Board of Directors Republic Bank (EC) Limited on 2 April 2020. He is the Regional Manager, Tropical Shipping, one of the Caribbean’s leading freight carriers and logistics solution providers, with oversight for the organisation’s operations in St. Lucia, St. Vincent, and Grenada.
Prior to his current position, he served as Island Manager, Tropical Shipping, where he started his career. Mr. Bergasse continues to be an active proponent in implementing and supporting Tropical Shipping’s Business Continuity Plan, growing the organisation’s inter-island business relationships. He also advocates assiduously for trade facilitation and is a strong exponent for liberalizing intraregional trade.
Mr. Bergasse holds a bachelor’s degree in Electrical Engineering from Ryerson University, Toronto, Canada, an MBA from the University of Toronto, Canada, and a master’s degree in Shipping and Logistics from Middlesex University, UK.

Mr. Bergasse is an active member, and past president, of the St. Lucia Chamber of Commerce and has also served on the Boards of the St Lucia Air and Sea Ports Authority and the National Insurance Corporation. He is the current chairman of the National Competitiveness and Productivity Council.

Derwin M. Howell, Chairman, was appointed to the Board of Directors Republic Bank (Barbados) Limited in 2019. He also serves on the Board of Republic Bank (Suriname) N.V. and is an Executive Director of Republic Bank Limited. Mr. Howell holds a Bachelor of Science in Electrical Engineering (First Class Honours) and an Executive Master of Business Administration both from the University of the West Indies (UWI). He holds a Master of Science in Telecommunications Systems from the University of Essex and is a graduate of the Harvard Business School Advanced Management Program (AMP). He is a Senior Member of the Institute of Electrical and Electronic Engineers (SMIEEE), a Member of the Engineering Council of the United Kingdom (Chartered Engineer) and a Member of the Institution of Engineering and Technology (MIET).

Mr. Howell is the Chairman of Habitat for Humanity Trinidad and Tobago and a Chancellor’s Representative on the UWI St. Augustine Campus Council.

Michelle Palmer-Keizer was appointed Managing Director, Republic Bank (EC) Limited, in 2019. She is a marketing executive with considerable expertise in credit card business, specialising in Research Development and Financial Product Management, and has a wealth of experience in product development, operational management and strategic management.
As a senior member of the Republic Group for more than three decades, Michelle most recently served as the General Manager, Group Marketing and Communications and led the Bank’s digital and data transformation efforts to implement more diverse customer centric banking services. Most notably, this includes integrating business intelligence, analytics, and various social media platforms as contemporary means of better engaging and serving customers.
She holds an Advanced Diploma in Marketing Management from the Association of Business Executives and a Diploma in Management Studies from the Arthur Lok Jack Global School of Business (UWI).
Ms. Palmer-Keizer currently serves as a Board member of Vision on Mission, a nongovernmental organisation that helps rehabilitate and reintegrate ex-prisoners and socially displaced persons. She is a full member of the Association of Business Executives, from which she received the World Prize for Quantitative Methods and is a past president of the Trinidad Hotels, Restaurant and Tourism Association (THRTA).

Kimberly Erriah-Ali, Group General Counsel and Corporate Secretary, Republic Bank Limited and Republic Financial Holdings Limited, is an Attorney-at-Law with 20 years of experience; having received her Bachelor of Laws with Honours from the University of the West Indies, and her Legal Education Certificate from the Hugh Wooding Law School, Trinidad. Mrs. Erriah-Ali was admitted to practice as an Attorney-at-Law in the Supreme Court of Trinidad and Tobago in 1998. She has served as Corporate Secretary to Republic Bank subsidiaries: Republic Bank (Grenada) Limited, Republic Bank (Suriname) Limited, Republic Finance and Merchant Bank Limited and London Street Project Company Limited. She also established the Group’s Compliance Department. She is currently a Director on the Board of Republic Securities Limited, Republic Wealth Management Limited and other offshore subsidiaries of Republic Bank and also holds an external Directorship on the Board of a Telecommunications provider in Trinidad and Tobago. Mrs. Erriah-Ali holds an Master of Business Administration from the Heriot-Watt University, with electives in Mergers & Acquisitions and Corporate Governance, is certified under the Association of Certified Anti-Money Laundering Specialists (ACAMS), and is a Certified Practitioner in Anti-Money Laundering from the Florida Institute of Bankers Association via Florida International University. She brings to bear a wide range of expertise in Corporate and Commercial Law, Conveyancing, Trusts, Landlord and Tenant Law, Intellectual Property, Estates, and Litigation.